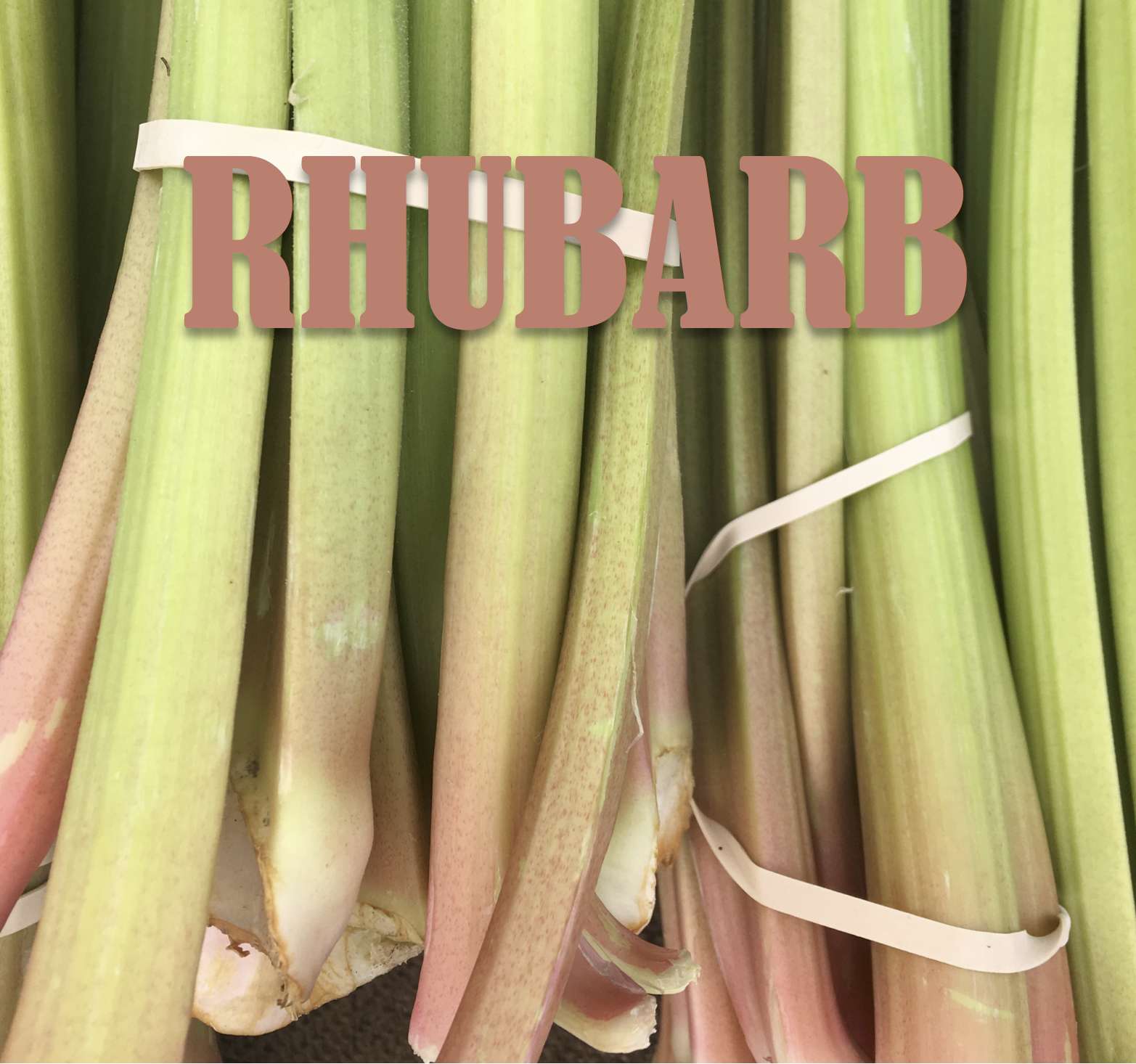 Rhubarb, Rheum rhabarbarum, is a perennial plant grown for its sweet fleshy stems. The Chinese have used rhubarb medicinally for thousands of years, only in the past three to four centuries has it been used as a food.

The season for rhubarb is generally April through October when stalks are long and abundant. Rhubarb prefers cool to warm weather so here in Yavapai County it begins growing in March and will thrive until the heat of summer becomes constant. The plant may begin to produce again once the temperature stays below 90 degrees. Unlike the edible stems, the leaves of rhubarb are toxic and should not be eaten. The roots of the plant can be used to make a dark brown dye, similar to black walnut husks. Once planted, it will produce for eight to twelve years. Rhubarb reproduces by rhizome; digging out a small section of a friend or neighbor’s roots and transplanting it will create a whole new plant. It’s important not to harvest any stems the first year after planting to allow the plant to establish a strong root system.

Rhubarb contains many valuable vitamins and minerals including potassium, magnesium, calcium, iron, and vitamins A and C. It is an excellent source of fiber and is known for aiding digestion. While rhubarb is technically a vegetable, most recipes use its stems like a fruit. Perhaps the most popular dish is strawberry-rhubarb pie. Not only do the flavors complement each other, but also both strawberries and rhubarb are early summer crops, which makes them a convenient combination. It is a delicious substitute for most fruity baked goods including tarts, muffins, cobblers and crisps. Rhubarb can be used in savory dishes as well.