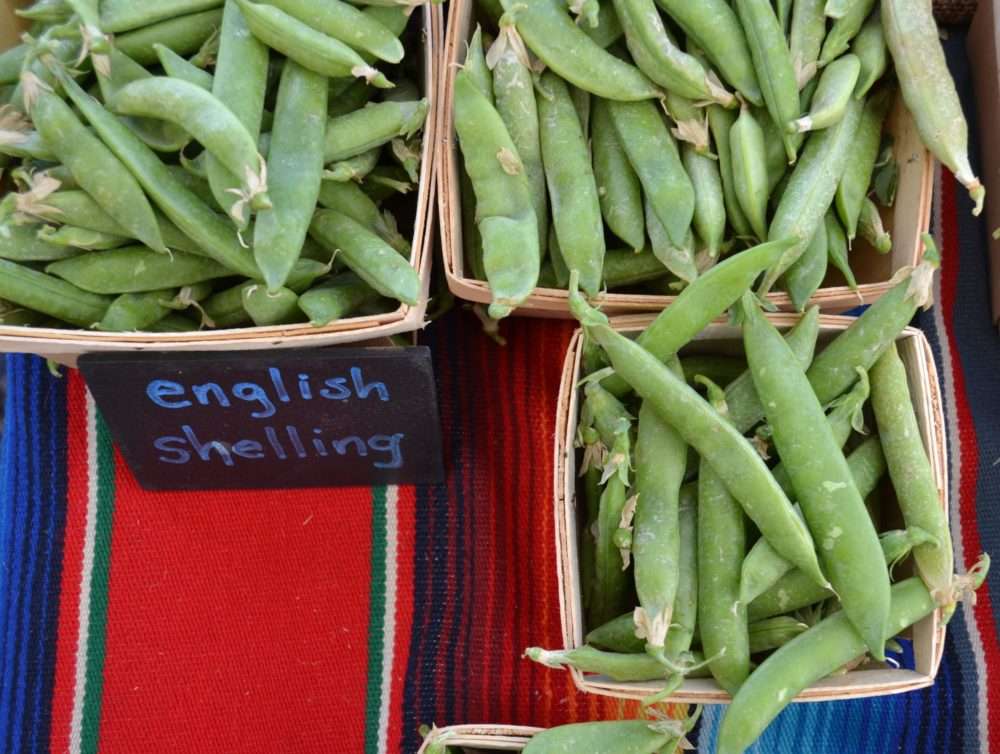 Peas are the seeds of the pods of Pisum sativum. The pods are botanically the fruit of the plant and, in the case of snow peas and snap peas, are as edible as the peas themselves. Modern pea varieties originated from the wild pea, which can still be found in the Mediterranean. Archeologists have discovered peas dating back to 4800 BC in the delta of the Nile.

Pisum sativum is an annual cool season legume grown widely for fresh peas and pods as well as for dried peas. Field peas are varieties grown for their dried seeds, which are commonly used in split pea soup, while “garden peas” are eaten fresh, pod and all. Until the 18th century, peas were primarily grown as field peas for their dried seeds. Years of selective breeding resulted in the modern varieties of sugar snap and snow peas that have a sweet, crunchy pod that is edible. In Yavapai County, peas are planted in early spring and generally harvested through July. Vining varieties send out tendrils that curl and wrap around surrounding objects and are best when trellised with string or branches. Peas thrive in cool to warm weather and fry easily during the peak of summer heat, so the window for home gardeners tends to be short. This short season makes the availability of fresh garden peas something to take advantage of.

Nutritionally, peas are a great source of vitamins K and B1 and manganese. They contain a good amount of fiber, copper, vitamin C and phosphorous as well. Snow peas are commonly cooked in stir-fries and soups, but can be eaten raw as well. Sugar snap peas are an excellent snack for kids as they are slightly sweet and don’t require any preparation. Both snow and snap peas are a great addition to green salads, adding crunch and flavor.