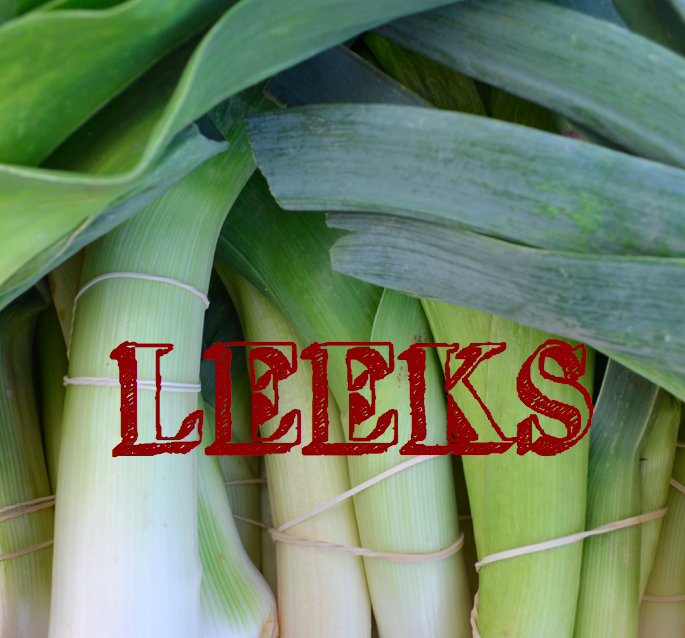 The leek is a cultivar of Allium ampeloprasum that has been grown for its edible leaves for millennia. Dried specimens and wall drawings and carvings of leeks in excavated Ancient Egyptian sites show that the leek was a popular vegetable there as far back as the second millennium BC. It is closely related to elephant garlic and shares a genus with onions and garlic. While the mature leek appears to be a stem due to its length and shape, it is actually the leaves that grow so tightly together that they create the long stalk.

Leeks can be grown year-round here in Yavapai County. They are generally planted in late winter and throughout the spring and can be left in the ground during the winter, allowing for a continual harvest. Leeks prefer well-draining soil. Both the green and white parts of the leaves are edible, but the white part, which grows under the soil, is the most tender. Farmers can increase the length of the white part by adding soil to the base as the leek grows. Sometimes soil gets caught between the leaves. In order to clean it, slice the leek lengthwise once and run each half under water before cooking.

Nutritionally, leeks are similar to garlic and onions—supporting cardiovascular health and acting as anti-inflammatories. The leek is a versatile vegetable that can be cooked as a substitute for onions. Raw leeks are crunchy and firm; when cooked, they have a slightly sweet, delicate flavor. The leek lends itself well to vegetable stocks and soups. Most people are familiar with leeks only in vichyssoise, cock-a-leekie and potato leek soups. Alternative ways of preparing leeks include roasting, boiling, sautéing and grilling. They are a tasty addition to quiches and pastas and go well dishes featuring potatoes, squash and/or hard cheese. Leeks are a superb pizza topping if chopped into coins and briefly sautéed ahead of time. Winter is the best time to experiment with this unique vegetable, while other onions are not fresh from the field.