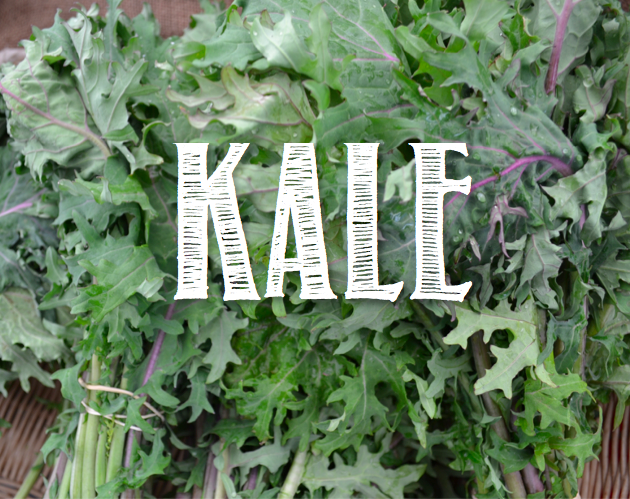 Kale is a cultivar of Brassica oleracea, or wild cabbage, along with cabbage, broccoli, and cauliflower. The origin of wild cabbage is controversial with several theoretical locales including the coast of southern and western Europe, the eastern Mediterranean and Asia Minor. Evidence shows that kale has been domesticated for at least 2,000 years; both the Greeks and the Romans grew kale as a food.

Kale is grown year-round in Northern Arizona and is a fairly easy crop to raise for the home gardener. Plants are generally started from seed in the ground and can handle a wide range of temperatures. Kale plants can withstand light frosts, which makes the leaves taste sweeter. If a kale plant survives through the winter it can reach heights of six or seven feet. The most common varieties in the United States are Red Russian kale, Lacinato (Dinosaur) kale and Siberian or curly kale.

Many people’s first introduction to kale may have been as a garnish on their dinner plate. These purple, red and white varieties are just as edible as their green counterparts. Kale recently enjoyed a few years in the spotlight of American cuisine, making it a “hip” vegetable and touting its many health benefits. The leaves of kale are host to many nutrients; they are a great source of vitamins A, C, K and B6, folate, and manganese. Kale is also a good source of thiamin, vitamin E, iron, calcium, potassium and phosphorus.

Kale is eaten worldwide and is prepared in many ways. Some popular preparations are steamed, sautéed, baked and juiced. Kale leaves can be salted, oiled, and baked into “chips.” The leaves can also be eaten raw, however massaging them with oil and/or lemon juice is recommended to help aid its digestion.