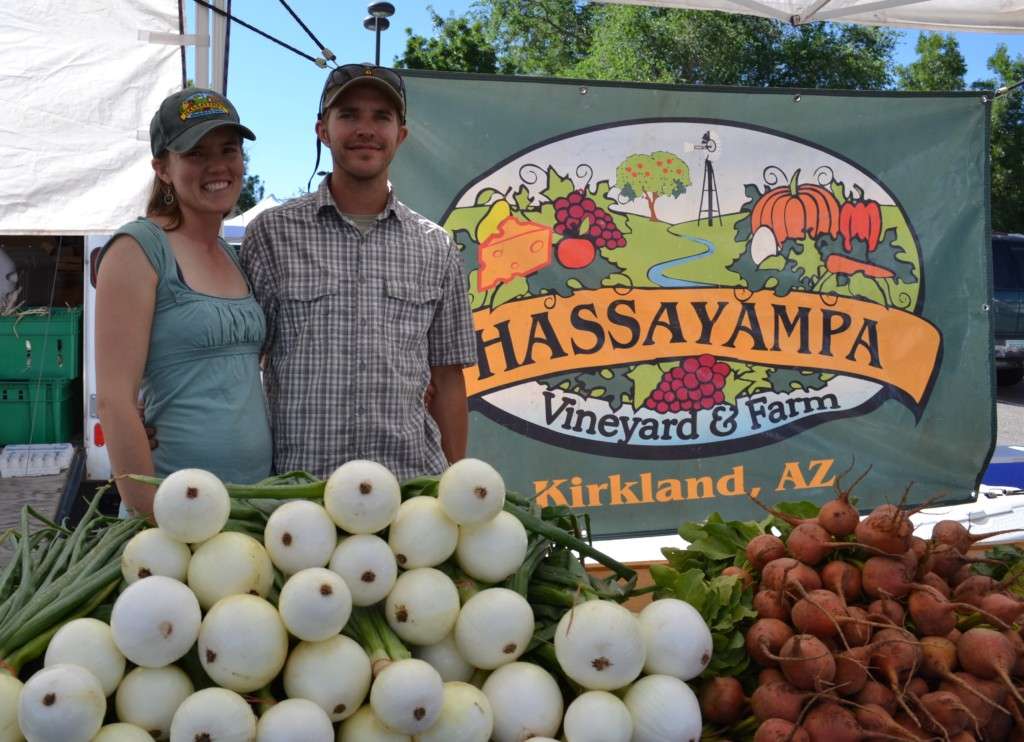 Matt and Sarah Hyde met while attending Prescott College. They both became interested in farming after taking the Small Scale Agriculture class at Prescott College in 2008. The class was taught by Cory and Shanti Rade of Whipstone Farm. At the end of the semester they decided to intern at Whipstone Farm where they practiced growing crops, then at Ridgeview Farm, where they learned how to raise, slaughter and process chickens.

In 2010 they started their own venture, Rabbit Run Farm, in Skull Valley. After 5 years of growing crops there, the land that they leased was sold. In December of 2015, they moved to Hassayampa to become the Farm and Vineyard Managers.

Hassayampa Farm is located near the old mining town, Walnut Grove, along the Hassayampa River near Kirkland. It is owned by Josh Meyer and Pam Lusk. The farm hosts 4 dairy cows who supply milk for the cheese creamery, which the owners hope to have certified within the next year. The farm consists of 10.5 acres of wine grapes, a small orchard and a ¾ acre garden.