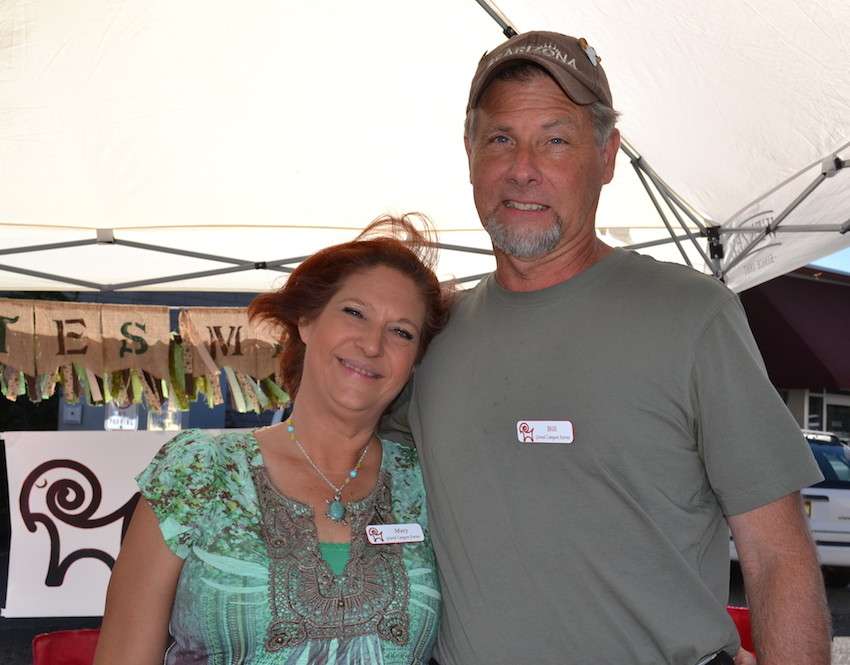 Grand Canyon Farms is a small operation in Ash Fork. Bill and Mary Henning moved to Ash Fork six years ago from California to start their own homestead. Previous to that Bill was an Army K9 Handler and Supervisor. He attended Cal Poly Pomona and received a degree in horticulture.

Bill and Mary got into goats like a lot of people: they needed weed abatement around their five acre property in Ash Fork. Mary said “one goat” and Bill came home with five, three of which were pregnant. They started having kids almost immediately. The first kids were born without any complications however the third kid was about twice the size of a normal baby goat and his mom died shortly after birthing him. Bill and Mary started milking to feed the orphan, then just kept milking. With this surplus of milk, they experimented with yogurt then cheese.  The yogurt didn’t taste good, but they found that the flavor that made the yogurt taste strange lent itself to make great cheese.  The goats’ diet consists of about 25% juniper.  The juniper translates into a distinctive delicious cheese.

Bill and Mary are working on becoming certified to sell their cheese at the market. In the meantime, they have many other goods to sell. Mary makes amazing goat-milk caramels.  When Grand Canyon Farms takes a week off from the market, customers are often distraught that they can’t get their weekly supply of the caramels. They also sell fresh eggs from their chickens and most recently started featuring a special “smoked egg” that Bill cooks in his smoker. Grand Canyon Farms has a wide variety of goat milk soaps. Sandalwood, patchouli, bay rum, lavender, ginger/orange, and jasmine are a few of the scents.

If you don’t see Bill and Mary at the market, it most likely means they’re busy with their kids. Spring has brought a new batch of baby goats to Grand Canyon Farms!