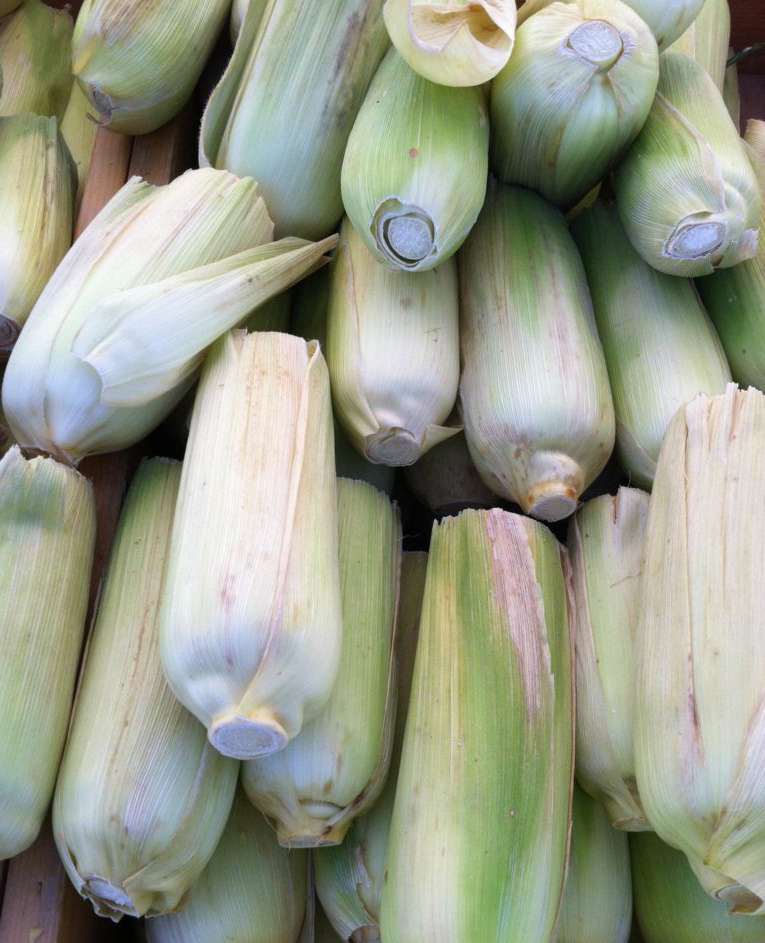 Corn or maize (Zea mays) is a grain indigenous to North America. Corn was first domesticated over 9,000 years ago from teosinte, a grass found in the Central Balsas River Valley of Southern Mexico. It is estimated that the selective breeding process from the grass to the corn we eat today may have taken hundreds of years. Domesticated varieties spread across the Americas through trade networks around 5,000 BC. Indigenous groups in Arizona and New Mexico began cultivating corn around 2500 BC.

Corn plants send up a tassel that produces pollen. Ears of corn are formed when the wind carries pollen to the silks of an ear. Each silk corresponds to a potential kernel, meaning that if one silk isn’t fertilized by pollen, the ear of corn will be missing a kernel. Because corn is pollenated by wind, farmers seeking to maintain the variety they have control pollination through various techniques: planting only one variety, delaying the planting date for each variety, planting varieties far away from one another, and in small crops, placing paper bags over the ears after hand-pollinating.

The most common types of corn are sweet corn, flint corn, flour corn, popcorn and dent corn. Sweet corn is harvested when the kernels are full of water, or during its short “milk” stage. Flint, flour and popcorn are all left to mature on stalks until their husks are dried. Flint corn comes in a variety of vibrant colors and has particularly hard kernels. Flint corn is commonly used as decoration. Flour corn is best ground, as its name suggests, for making tortillas. Most corn grown in the United States is dent corn and is used for cornmeal and fructose due to its high starch content.

Corn accounts for around 21 percent of calories consumed worldwide. It is a good source of the B vitamins, thiamin, niacin and folate. It is also a decent source of potassium, magnesium and phosphorus.