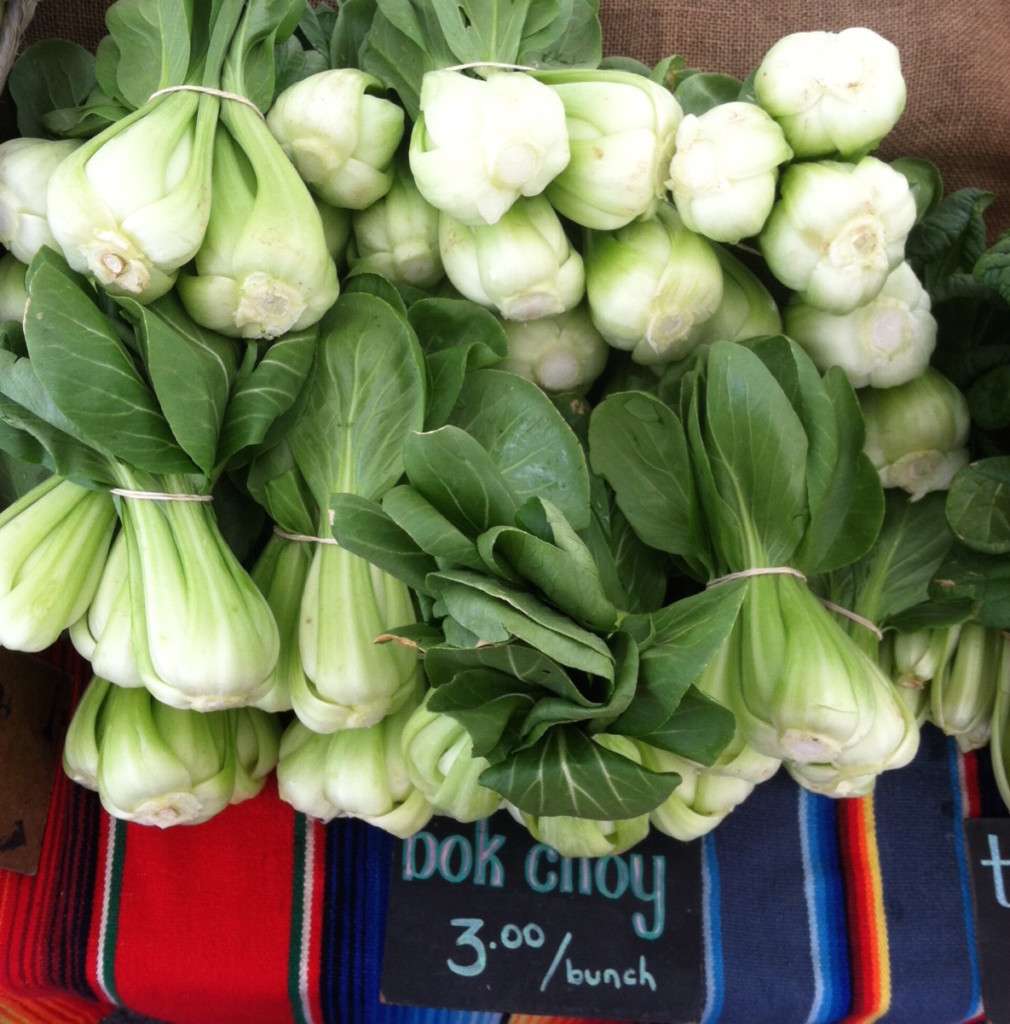 Bok choy (aka pak choi), Brassica rapa, is a type of Chinese cabbage. Records show that the Chinese have been cultivating the vegetable since the 5th century AD. It wasn’t introduced to the United States until early in the 20th  century.

Bok choy prefers mild to cooler weather and will bolt when temperatures are consistently colder than 50 degrees Fahrenheit or warmer than 75. It can withstand occasional frosts, making it a great crop for the early spring here in Yavapai County. Plants are generally ready to harvest 50-60 days after planting. Most of the bok choy found in grocery stores and farmers markets is “baby” bok choy, meaning it was picked while still immature and/or is a variety selected for its small size.

When harvested, the plant is cut just above the roots, leaving a loose head of leaves attached by their stems to the base. All parts of the harvested vegetable can be eaten. When selecting bok choy, feel for stems and leaves that are still somewhat crisp. Store the vegetable in the fridge and use within a few days to ensure that it still has its crunch.

Bok choy is an excellent source of vitamins A and C and K and a good source of potassium, folate, vitamin B6, calcium, and manganese. It has a mild flavor and slightly crunchy texture, and is fantastic in stir-fries. It is a great stand-alone vegetable when sautéed—the stems stay crisp while the leaves wilt, becoming silky. You’ll find bok choy in nearly all Asian food cultures. Bok choy features prominently in soups: Japanese Udon, Vietnamese Pho (a noodle soup), Filipino pork sinigang, and Taiwaneese beef soup. It’s a popular ingredient in rice and noodle dishes across Asia. Bok choy is truly a delightful green to experiment with and mix up your greens intake.