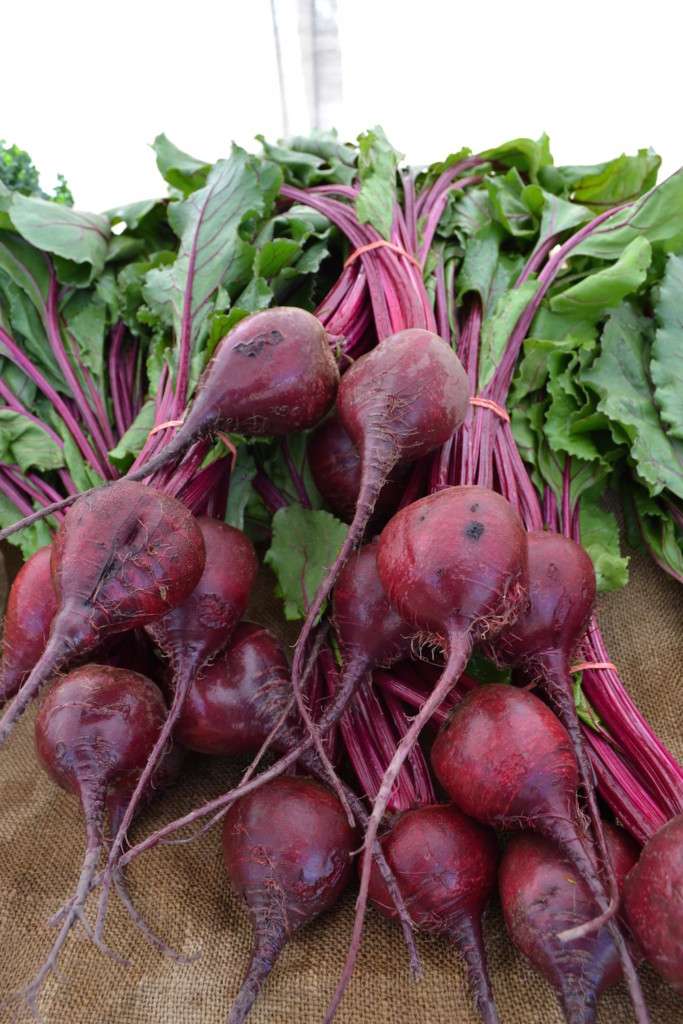 In May and June most of our farmers have fresh beets on display at the market and they tend to sell out fast. Why? Because beets are best right now. In Yavapai County, fresh beets, Beta vulgaris (also known as “beetroot”) are generally in season from April to September, although with season extension, many farmers can stretch the season far into the winter. Not considering the cold spells we’ve had the last two weeks, beets are enjoying this in-between season weather which means they taste great.

Most people are familiar with red beets, but there are additional varieties of different shapes and colors. Golden beets are becoming more available as farmers diversify and Chioggia beets are beginning to pop up at farmers markets and grocery stores. Chioggia beets have a lighter pink hue on the outside, and a pink and white candy-stripe bulls-eye on the inside. 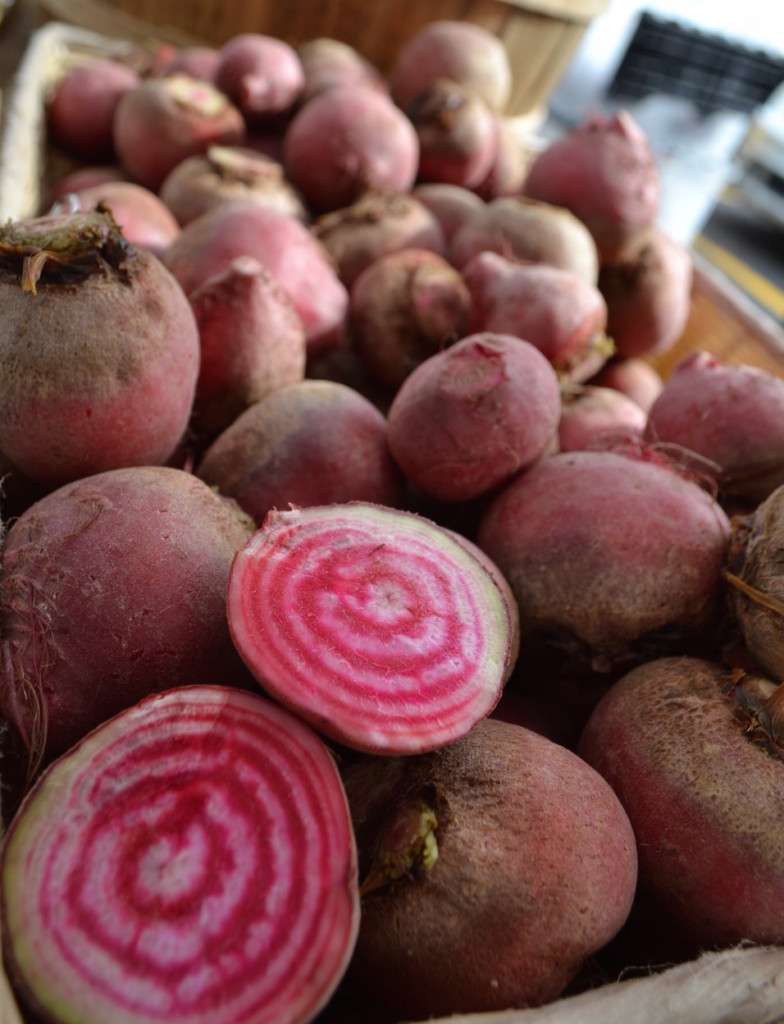 Today’s beets are thought to have evolved from wild beet, which originated along coastlines. Initially only the leaves were consumed by people. Beets were first domesticated in the eastern Mediterranean and Middle East before becoming popular for both their color and medicinal qualities across Europe.

Both beetroot and beet greens have health benefits. Beetroot is high in folate, is a good source of Vitamin C, and contains significant amounts of potassium and manganese. Beet greens are loaded with Vitamin K and are a good source of Vitamin A. One local dietician prescribes beets to patients with high blood pressure. Several recent studies have found that the nitrates found in beet juice dilate blood vessels leading to a lower blood pressure for the drinker.

Most people either love or hate the earthy taste of beetroots and their greens. Some adventurous ways to eat beets: shredded raw in a green salad; pickled in vinegar brine; in a smoothie with raspberries and bananas; in a cake for color; or in hummus. If you’re going to test out a new recipe, get them at the farmers market while they’re fresh!